Dogs Playing in the Snow 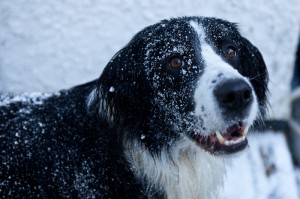 Well, many places in Ireland are still covered in snow and there is probably more to come!

We have collected some videos of dog owners making the most of things and letting their dogs play in the Irish snow.

Just remember if you do bring your dog outside in the snow, that there may be residues of poisonous chemicals – for example de-icer, on the ground.

It is also a good idea to you clean and dry your dog’s paws when you return home.

Jess in the snow. Video by EmmaSynnott – Dublin, Ireland.

A Boxer Dog in the Snow. Video by jrparkvidio – Co. Donegal, Ireland.

Dogs on a snowy day. Video by heilong79 – Dublin, Ireland.

We hope you have enjoyed watching the videos 🙂

If you have a video of picture please get in touch!

On PetInsuranceIreland.com you can compare pet insurance in Ireland.

2 Responses to “Dogs Playing in the Snow”