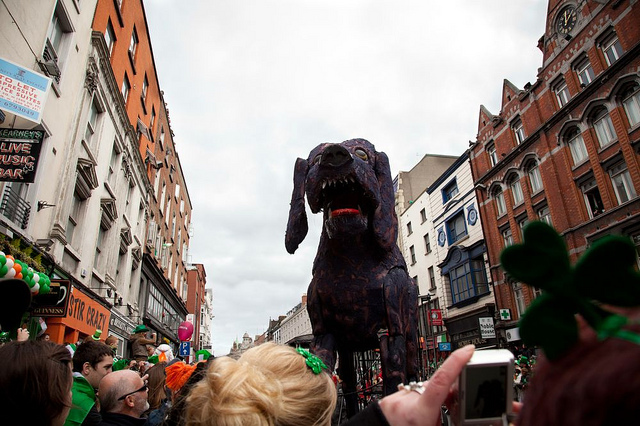 If you visited the St Patrick’s Day parade in Dublin this year you may have spotted an array of giant dogs and monsters, as captured in this wonderful photo by Michela Orlandi. 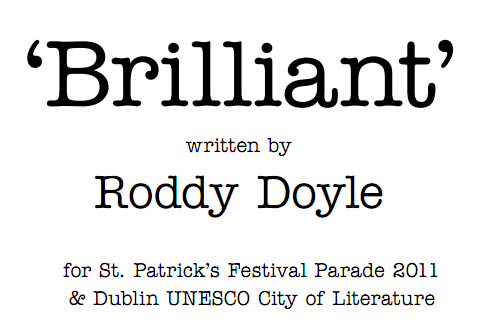 The dogs featured as part of a theme inspired by Roddy Doyle’s new story “Brilliant“, in which two Dublin kids overhear their parents talking darkly of Ireland’s fate.

The children take the comment of a “black dog of depression” literally, which inspires them to enlist a legion of followers to help them find the black dog and reclaim the city’s lost funny bone.

Brilliant was commissioned especially for the St Patrick’s day parade to mark Dublin as a UNESCO City of Literature.

Here is a quick extract from Brilliant:

-I’ve never been depressed a day in me life, said a brick on the second floor of Arnott’s.

-Me neither, said a bag of cement on the back of a truck on Bachelor’s Walk. –Although I wouldn’t mind a drop of water.

Dublin was made of bricks and cement, tar and, eh –

Glass. So Dublin wasn’t depressed. It was the people who lived in Dublin

who were depressed. Although most of them didn’t know it.

Fantastic. Or should we say: Brilliant.