Polar Bear Origin Traced Back to a Single Bear – in Ireland 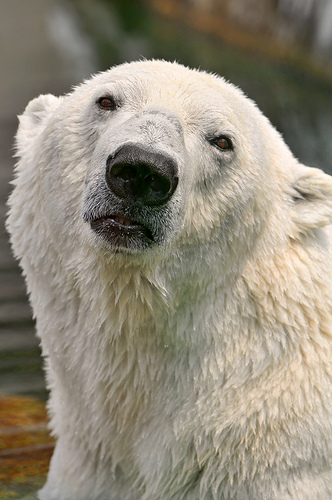 All living polar bears can trace back their lineage to one single female brown bear who lived in Ireland.

Scientists were able to trace back the lineage using mitochondrial DNA (mtDNA).

The matrilineal “MRCA” or “most recent common ancestor” can be traced back using MtDNA, which passed down via the mothers DNA.

This means that all living polar bears descended from this one single brown bear from Ireland.

The team from University College London found in total 242 different brown bear and polar bear mitochondrial lineages over the last 120,000 years. They discovered that the fixation of the mitochondrial genome seemed to occur during or before the peak of the last ice age, and in the region of modern day Ireland.

In humans we call the equivalent our “Mitochondrial Eve” – the woman from whom we are all related on our mothers side.

You can read more about the Mitochondrial Eve here.

Photo by Tambako the Jaguar.